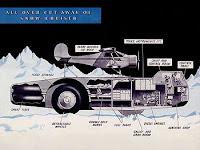 Staying with last week's snowy, Antarctic theme, today we have the world famous Antarctic Snow Cruiser. Built in 1939, it finally made its Antarctic debut in early 1940. Here are some specs:

Cool included options are a nifty heating system, a machine shop, and a kitchen that converts to a darkroom. This 4x4 snow beast was powered by a total of six (!) powerplants: two diesel engines and four electric motors (one for each wheel.) And if that isn't enough for you, the ultimate option is an attached 5-passenger airplane. All this was only $300,000 ($4,658,517.17 adjusted for inflation.)

Unfortunately it didn't work quite as advertised. It's greatest journey was only about 92 miles, and that was traveling backwards. Apparently, nobody realized that skinny, bald tires (even if they are 10 feet tall) are not a great idea on snow and ice. Heck, I even figured that out with an old VW Bug and didn't need $300,000 to test the concept.

All that doesn't stop the Antarctic Snow Cruiser from being very cool, though. Some real science was accomplished with the ASC as its crew measured cosmic rays, took occasional ice core samples and conducted seismologic experiments. But funding was cancelled due to WW2, and that was the end of the coolest RV of all time.  Or was it?

It seems that after the project was cancelled, the ASC was just abandoned intact, like some ghost ship, a museum-like time capsule of cutting edge 1940 technology & pop culture. It has been lost and found a few times since then, but at the moment it is still lost. Depending on which side of the crack it was on when part of the Ross Ice Shelf broke off in the 1960's, it could still be buried in the ice somewhere, or it could be at the bottom of the ocean.

I was going to do a hilariously clever bit about Clever Hero and Helpful Sidekick who happen to be stranded in Antarctica and somehow manage to find the Snow Cruiser and use it to escape, but...  Something tugged at the back of my mind about how that seemed familiar.

I did some nosing around on the ol' interwebs, and sure enough, apparently the ASC makes an appearance in a Clive Cussler novel.  I shouldn't be surprised.  It's too bad, but I'll have to cross the Snow Cruiser off my list of Electro-Diesel-Punk story ideas.

Hopefully next week we can venture away from the polar regions and find some warmer weirdness!
Posted by Jon Mac at 9:14 AM 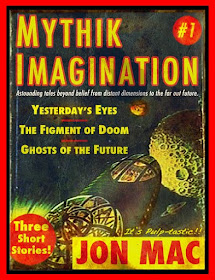 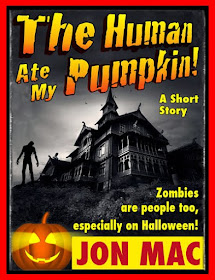